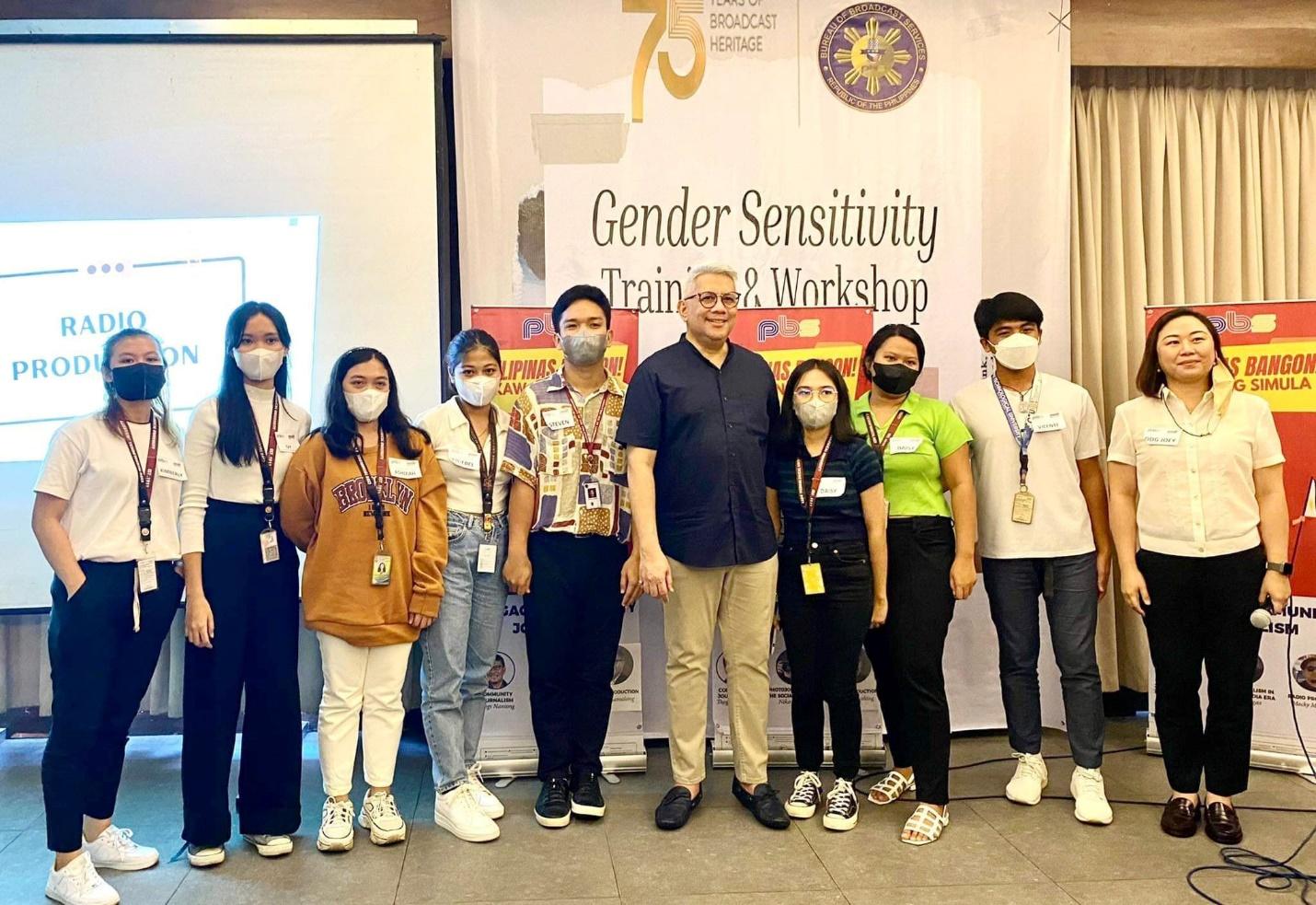 The PBS-BBS is a public radio network that provides broadcast information on the government’s activities, policies, and directions through broadcast media throughout the Philippines.
More than 30 participants attended the said event, including the PBS-BBS employees from DYMR-Cebu, DYSL-Sogod and DYOG-Calbayog.

The participants from CTU include Daisy Jane Manguin, Vicente Obejero Jr., Daisy Jane Morales, Ashleah Dean Felicano, Kimberly Ann Culango, and Ivy Cervantes. They were joined by Prof. Junas D. Flores, the chairperson of the Department of Communication.
There were two student participants also from the University of the Philippines-Cebu.
The program aims to equip the government broadcast employees and aspiring journalism students with new knowledge and to provide skills by training them to build a strong rapport in their respective communities, validate the information, and report news responsibly to prevent spreading misinformation and disinformation.

In his opening remarks, Mr. Rizal Giovanni “Bong” Aportadera Jr., the PBS-BBS Director General IV, reminded everyone that journalism is not a dying profession because it still plays a vital role, especially during this digital era.

He also emphasized in his speech that radio is still relevant even today because it is still used as an alternative source of information or entertainment for those areas with weak internet connection and cannot access the latest happenings from another platform.

“That is why, we in the PBS-BBS, aside that we give news information to the public, we also create different programs that would make them feel happy or entertained while they are listening,” he said.
Three speakers shared their expertise and experience with the students and broadcast journalists during the one-day workshop. Mr. Thogs Naniong discussed Community Journalism, Mr. Niko Villegas on Photojournalism in the Social Media Era, and Mr. Nigel Gamalong for Radio Production.

Meanwhile, the CTU DevCom students did not hesitate to showcase their journalism and broadcasting skills during the seminar, wherein they won different awards. Daisy Jane Manguin bagged the best radio news script award, while Vicente Obejero won in Radio Broadcasting and Photo Essay contests.
In her closing remarks, Ms. Joan Marie Sy-Domingo, the PBS-BBS Director General III, assured the communication students that many government broadcast careers await them, and PBS-BBS is very willing to help them with that. The DYMR Cebu reporter Jessa Agua-Ylanan hosted the program.

For Students
For Faculty and Personnel